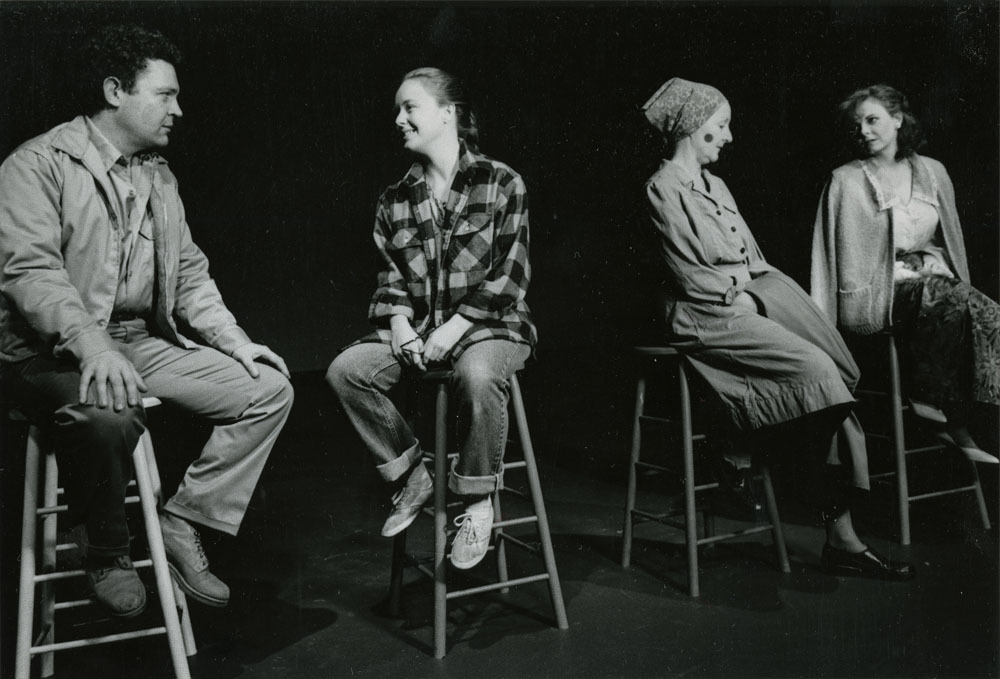 Cast photograph of Can Can, one of the six one-act plays that are part of Pops. From left to right: Sam Tsoutsouvas, Adrienne Thompson, Robin Moseley, Jane Cronin

Pops is a collection of six one-act plays, Can Can, Clair De Lune, Ave Maria, Gold and Silver Waltz, Yankee Doodle, and Songs of Love, all of which are titled after popular songs based on classical music  and are tied together through the theme of love.  Pops was first produced in 1986 by the Whole Theatre Company in Montclair, New Jersey, founded by Academy Award-winning actress Olympia Dukakis.  This production was directed by Romulus Linney.

Linney revised each piece with an eye toward producing them together.  The result is what New Jersey theatre critic Steve Tober described as “an evening of worthwhile theatre, with feelings of what love and true friendship can be about.”