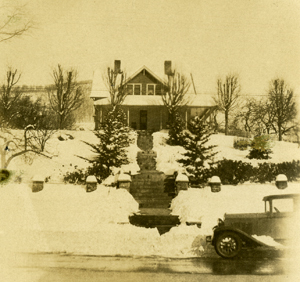 Built in the late 1800s, the house was occupied by Frank A. Linney and his family.  Frank Linney was the brother of Romulus Zachariah Linney II, the playwright’s grandfather.  His daughter Margaret Linney Coffey lived in the house after Frank’s death and the house remains in the Coffey family.

As a child, Romulus Linney lived in the house with his extended family for a few years during the Great Depression.  He returned to Boone and the homestead to visit the Coffeys, his favorite cousins, throughout his life. 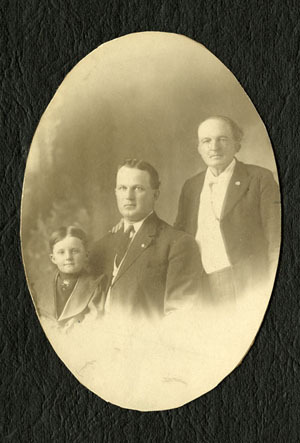 Romulus Zachariah Linney I, II, and III are pictured together in the photograph at left.   At the far right is the eldest Linney, a prominent North Carolinian who served in the American Civil War and as a U.S. Congressman.  He was also an early contributor to the college that would become Appalachian State University. 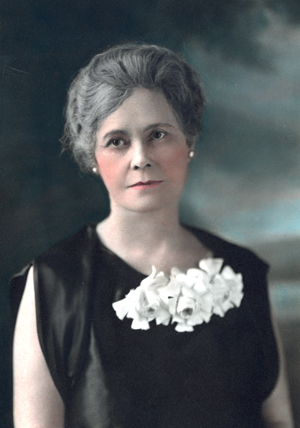 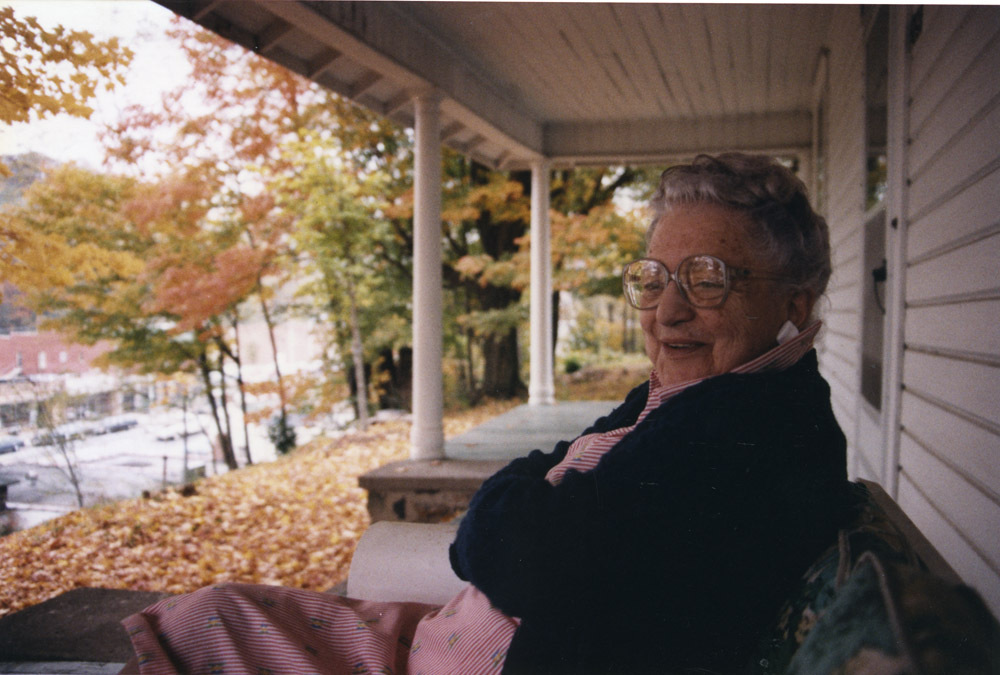 Even after Linney moved with his parents to Madison, Tennessee, he returned to Boone in the summers to visit family.  He was particularly close to his favorite cousin, Margaret Coffey (pictured above).  During one visit, Margaret told a college-age Linney “to stop sitting on the porch brooding and do something.”  In response, Linney enrolled in a summer course at Appalachian State Teachers College taught by Dr. Cratis D. Williams, a decision that greatly influenced his style and voice as a writer. 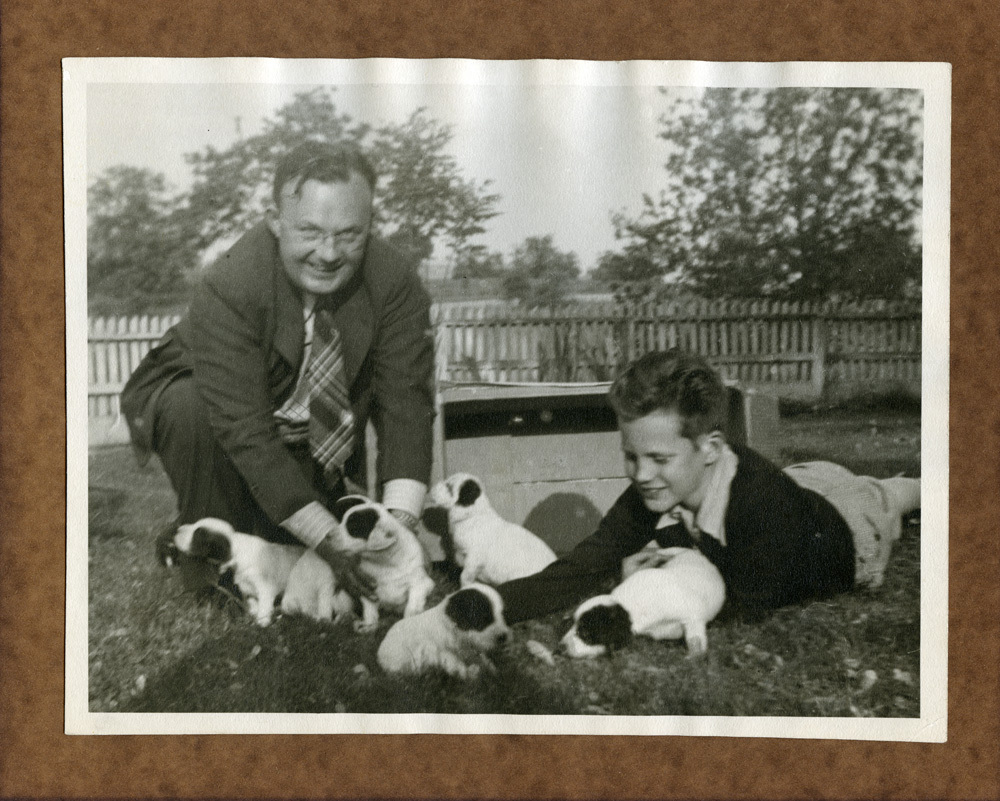 Romulus Linney’s father Zach died of throat cancer when Linney was just thirteen years old.  Pictured at left is Linney with his father and Zach’s bird dog puppies.  Zach’s attachment to his bird dogs informed Linney’s understanding of the character of Frederick the Great, the subject of his first play The Sorrows of Frederick.  Frederick’s deep connection to his greyhounds and whippets is featured in the play. 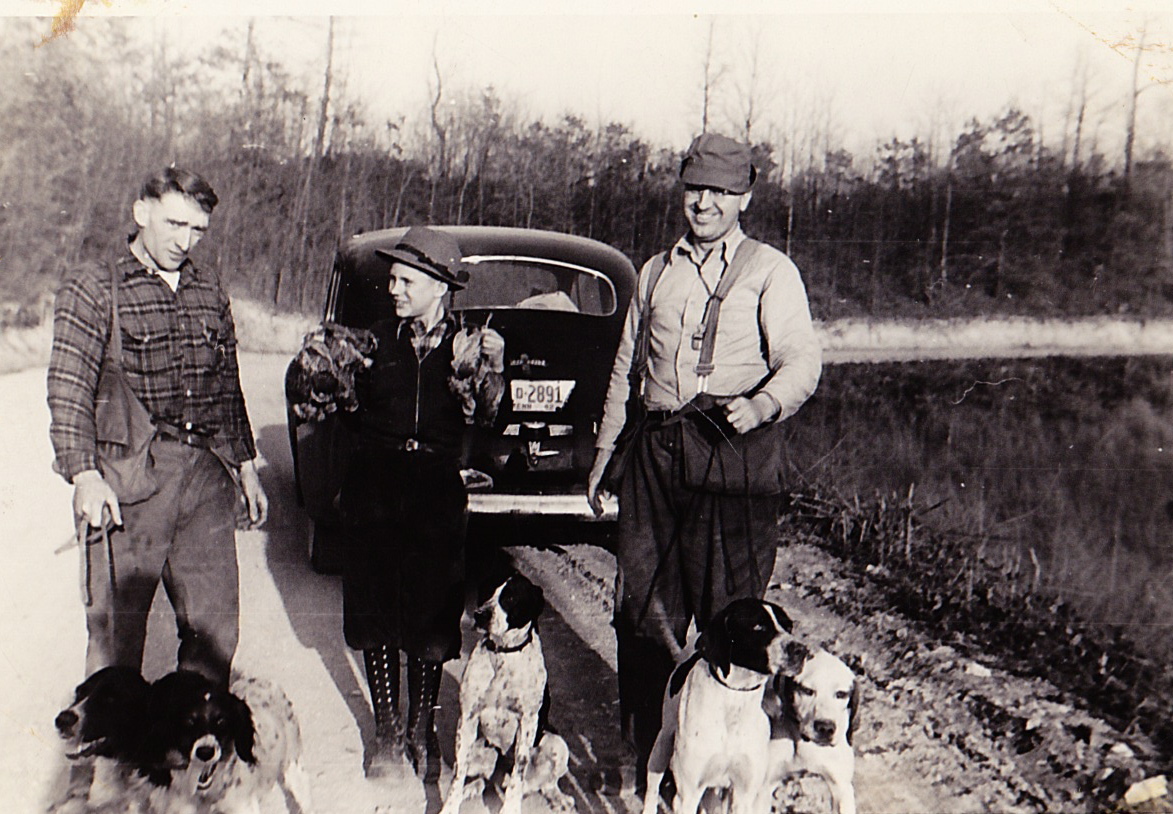 At left, young Romulus and his father (right) set out for hunting field trials in Tennessee with Zach's bird dogs. 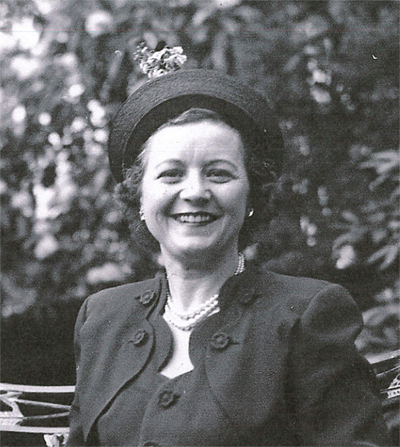 Maitland Thompson Linney in Our Town

Linney’s mother, Maitland Thompson Linney, imparted her own passion for theatre to her young son. Maitland Linney starred in the Nashville Community Theatre’s 1940 production of Our Town.  Romulus Linney recalled:

"My mother was a very good amateur actress, and I remember going to see her play Mrs. Gibbs in Our Town.  I thought I was going to be bored, and so I brought along two chocolate-covered cupcakes.  Of course, I became engrossed by the story.  And at the end, when your mother’s up there dead on stage.  Well, it just shattered me.  I was completely busted.  I cried all over my cupcakes, and there was a chocolate mess all over my little suit… I think it did two things: 1) I became really connected to my mother, and 2) it was the first time I was really shattered by a play.  And in many ways that was the beginning.  It, in a very visceral way, showed me the profound impact theater can have, in a way that music can’t.  Music might give you exultation or something else equally profound, but theater at a great stroke can just shatter you, can break you."