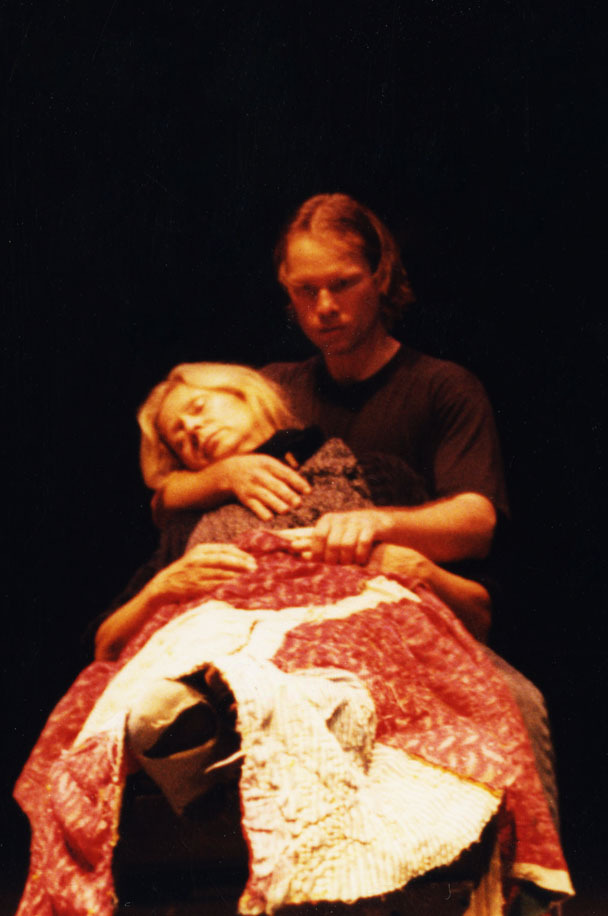 Linney saw his first “great play,” Henrik Ibsen’s Peer Gynt, at age ten.  He adapted the Ibsen work to Gint, which he described as “a tale of a man who loses himself trying to find himself.”  Unfolding like a strange dream set in the Appalachian Mountains, Gint spans eighty years in its two acts and features such unlikely characters as lunatics and devils and a razorback hog who disguises herself as a woman and seduces Gint. 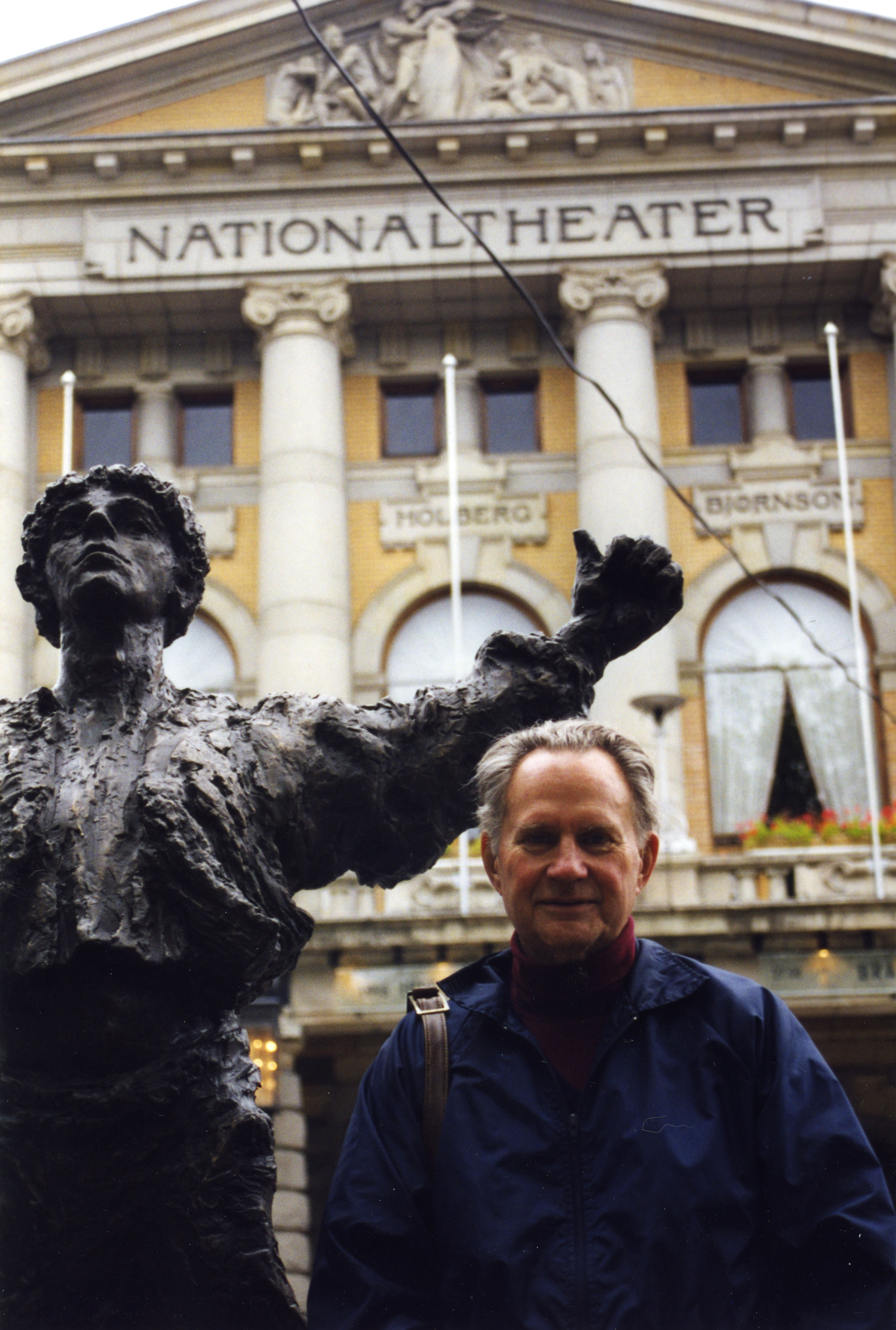 Romulus Linney next to the statue of Peer Gynt outside the National Theater in Oslo, Norway

Gint was performed at the 1998 Ibsen Stage Festival. Linney’s play was the first American play to be invited to the festival.