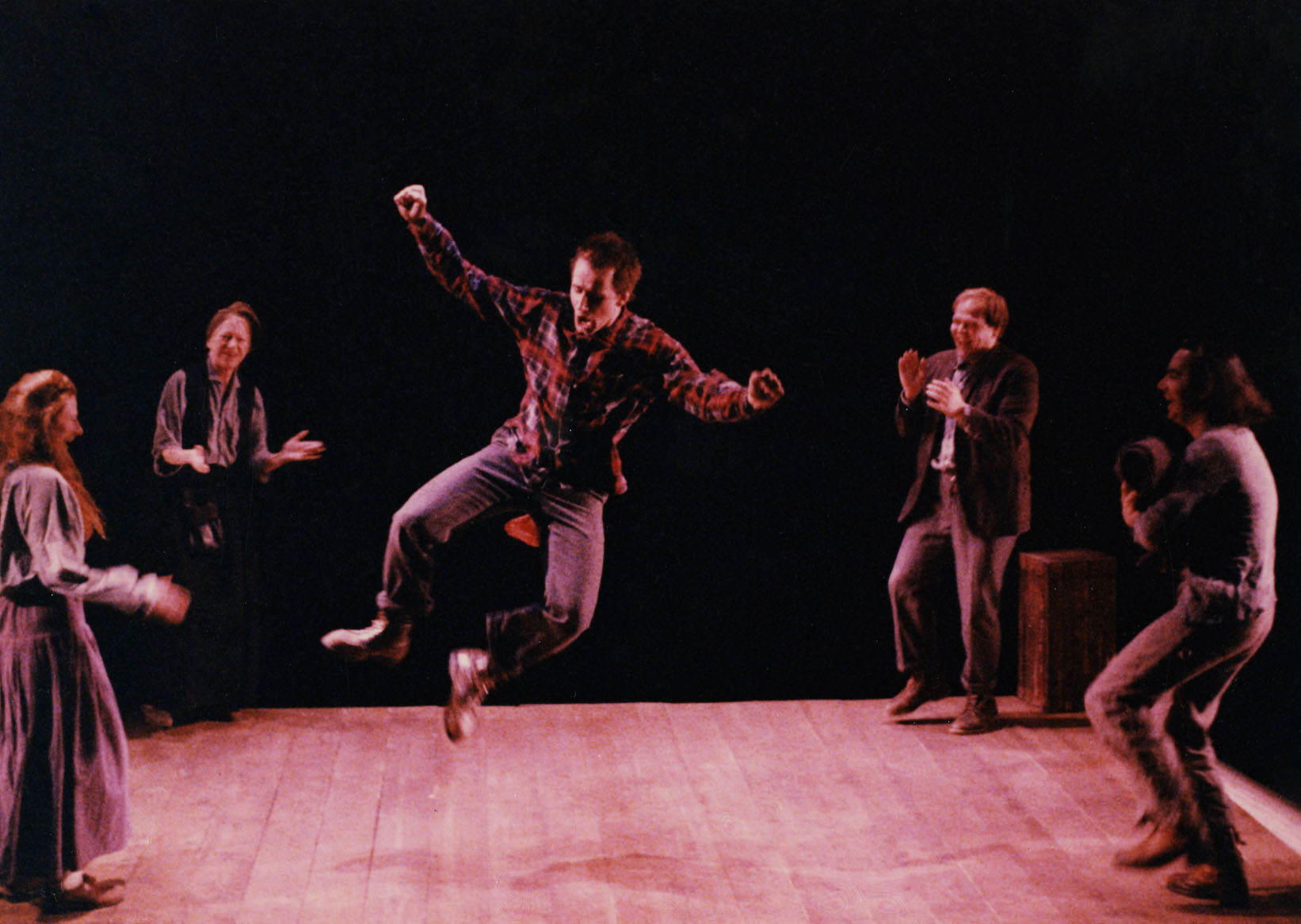 Romulus Linney’s first published work, the novel Heathen Valley, established Linney as an Appalachian writer.  In 1987, he adapted the story into a play of the same name.  The story was loosely based on real events which took place in Valle Crucis near the Linney family home in Boone.

Heathen Valley was first produced in 1987 at the Philadelphia Festival Theater for New Plays and was produced the following year at the Milwaukee Repertory Theatre.  Linney directed both productions, and received the National Theatre Critics Award for an outstanding new play.

It was during the production which Linney directed at the Theater for the New City in 1988 that he met Jim Houghton, who played the role of Harlan.  That relationship led to the founding of the Signature Theatre Company with Linney as the Company’s inaugural playwright.