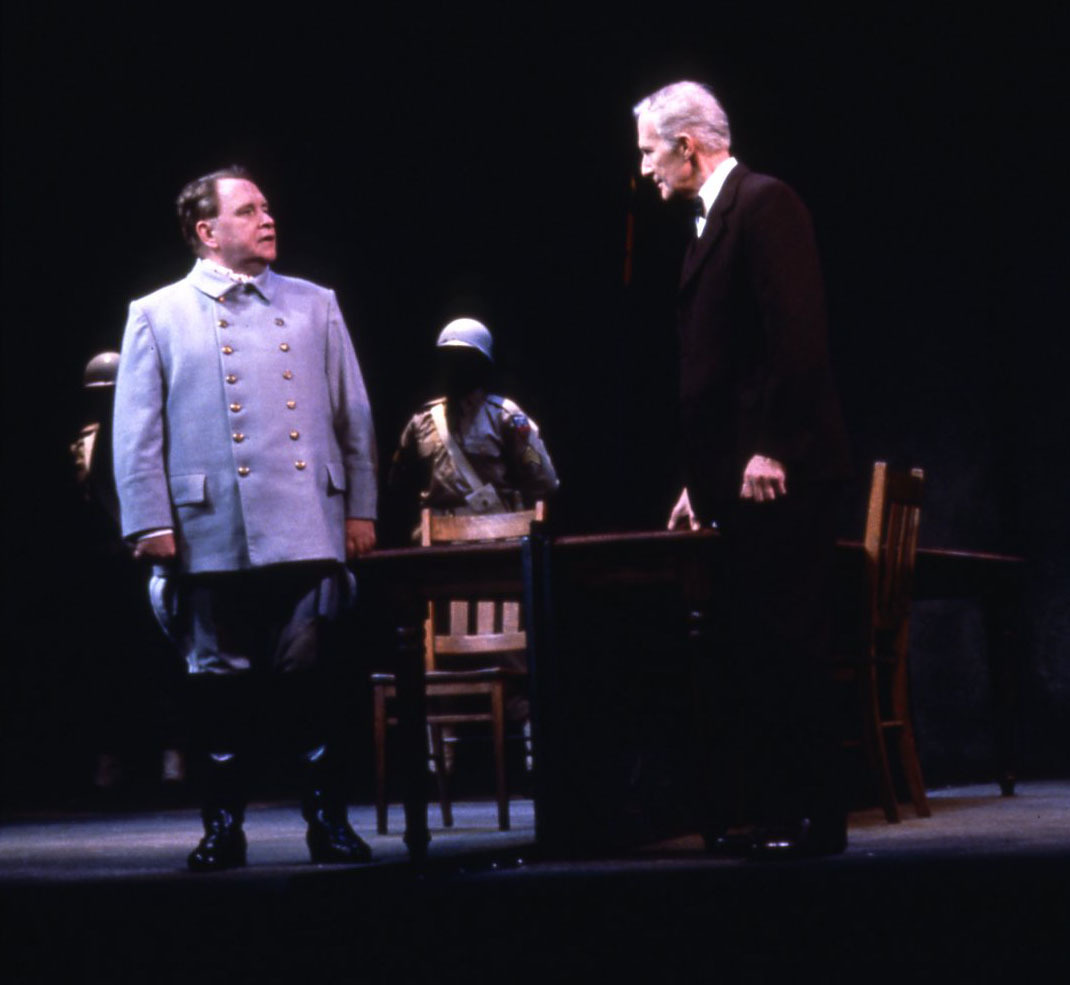 2 is an historical play about Hitler’s number two, Herman Goering, during the Nuremberg trial of 1945.  Linney’s portrayal of Goering is challenging and unsettling.  He shows the Nazi general to be an intelligent, charming art lover with a fine sense of humor.  Just as the audience finds itself liking Goering and almost taking his side, stark news footage from the concentration camps shocks viewers back into realizing how complex evil really is.

Commissioned and first produced by The Actors Theatre of Louisville, 2 was included as part of the Theatre’s 14th Annual Humana Festival of New American Plays in Louisville, Kentucky in 1990.  The play was also produced at the Williamstown Theatre Festival and in New York City at Primary Stages.  The play has been translated into German and produced in Germany. 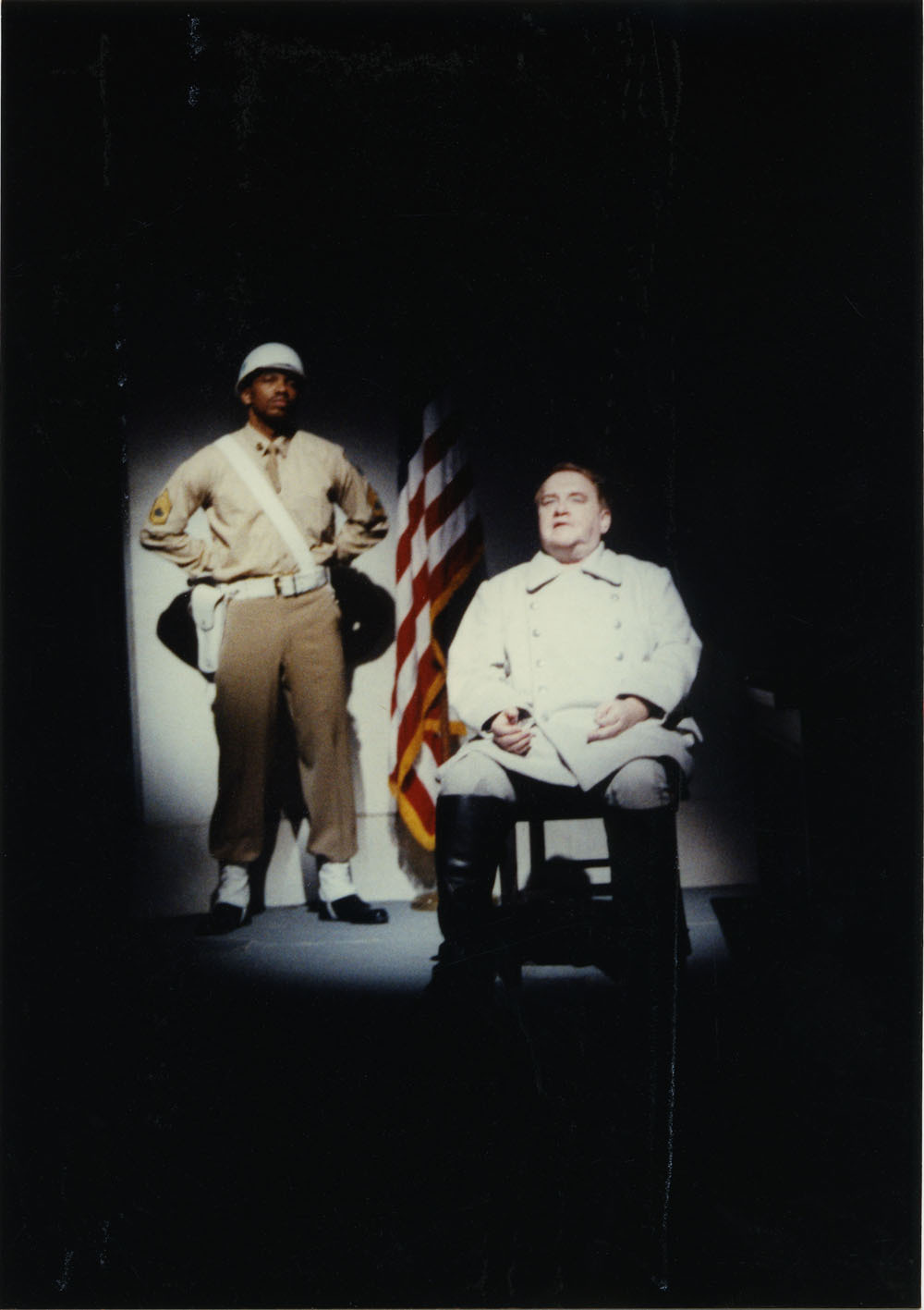