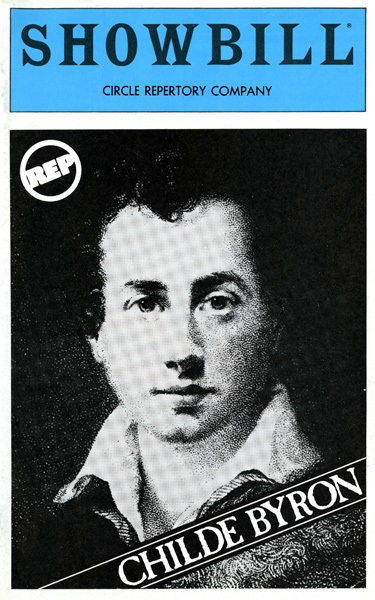 With a long-held interest in Byron and his work, Romulus Linney had considered writing a play about Byron for many years.   He was given the opportunity when he was commissioned to write a play for an all-British season at the Virginia Museum Theatre.  Linney explores the life and writing of the 19th Century poet by imagining a meeting – which never took place – between Byron and his adult daughter Ada Countess of Lovelace, an early backer of the modern computer.  First produced in 1977, Childe Byron had its New York premiere in 1981 at the Circle Repertory Company.  The production starred William Hurt as Byron and Lindsay Crouse as his daughter, Ada.  Rock star David Essex later played Lord Byron when the play was produced at the Young Vic Theatre in London.

← The Sorrows of Frederick 2 →
Home