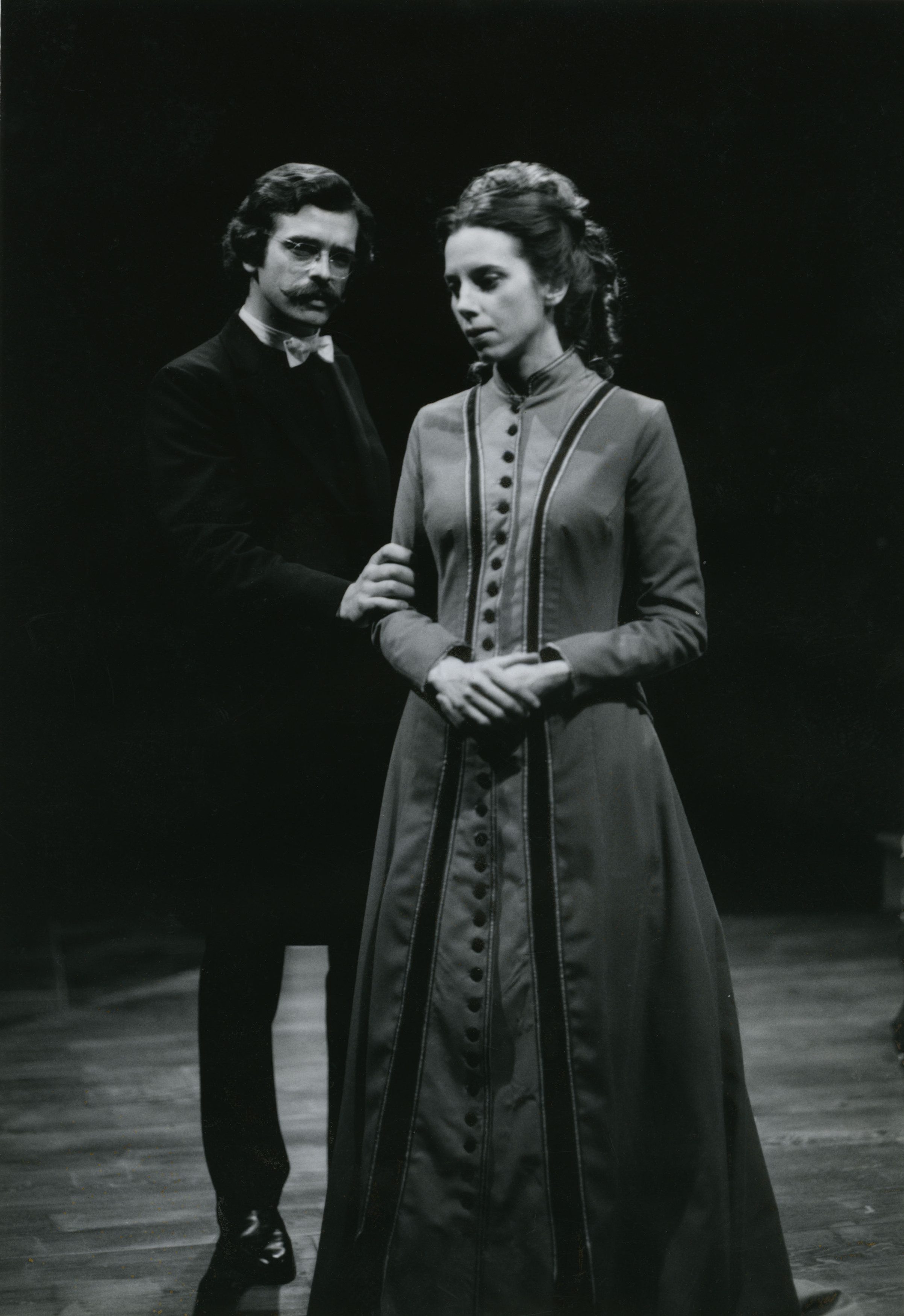 Daniel Mooney as Rev. Stephen Hazard and Penelope Reed as Esther Dudley in the 1974 production at the Milwaukee Repertory Theatre

Democracy is an adaptation of two Henry Adams novels, Democracy and Esther and the diaries of General Ulysses S. Grant.  The play premiered in 1974 at the Virginia Museum Theatre in Richmond, Virginia.  Theatre scholar James Seymour commented “Esther’s story focuses mainly on religion, while Madeline’s dilemma centers on the responsibilities of the state.  The common denominator is the remarkable independence and spirit of these two strong women.”  While the play focuses on the two women and their journeys, Linney wrote that “this play is about the childhood of democracy: it’s about youth; it looks at what was wrong with democracy when it was young.”

← A Woman Without A Name A Lesson Before Dying →
Home