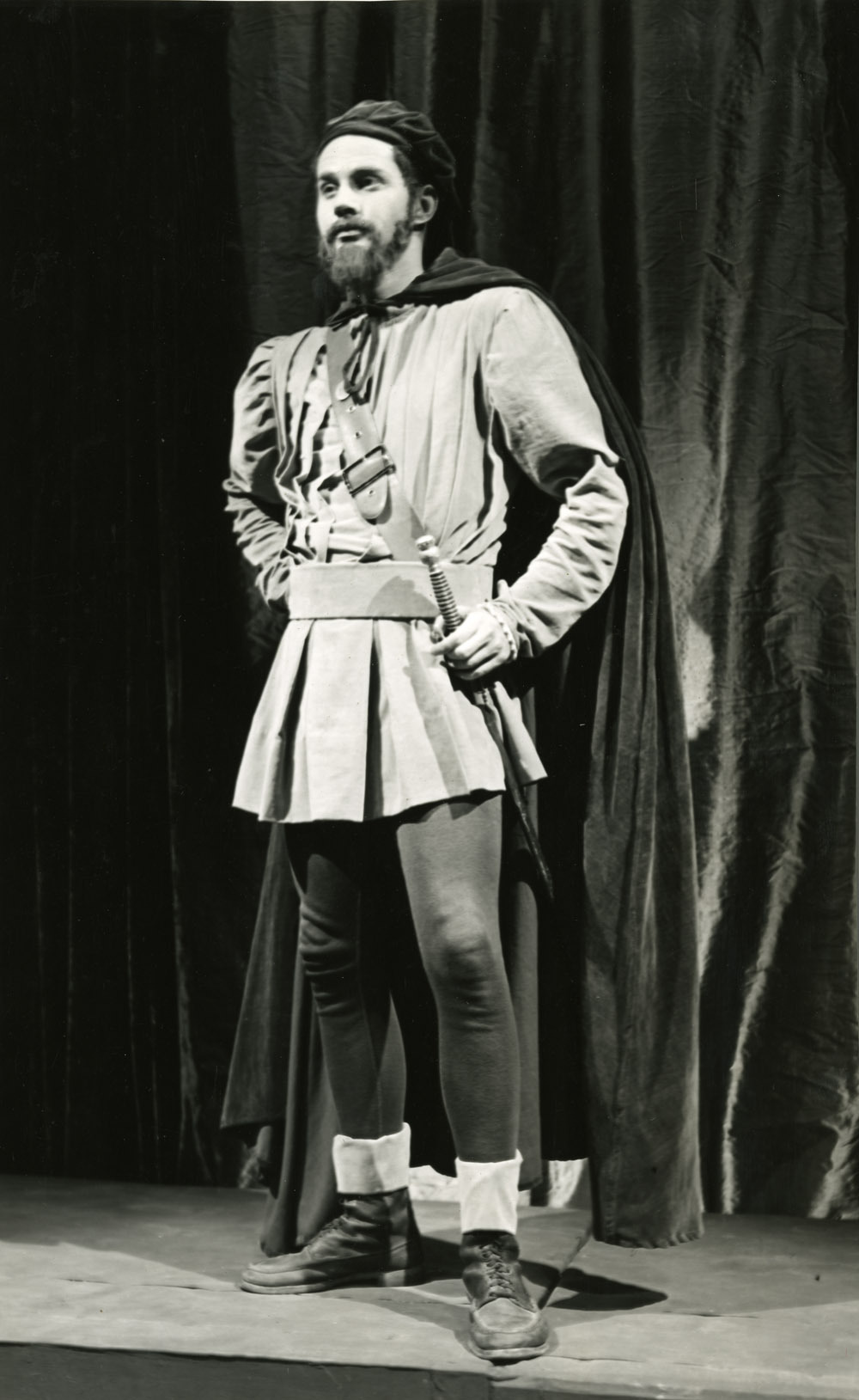 After graduating from Woodrow Wilson High School in Washington, D.C., Linney matriculated at Oberlin College in Ohio.  Linney intended to study sociology, but later switched his major to English literature.  While at Oberlin, Linney began acting with the Oberlin Dramatic Association.  Stan McLaughlin, head of the Oberlin Dramatic Association from 1935 to 1961, encouraged Linney’s ability as an actor.  During his four years at Oberlin, Linney acted in many productions, including the role of Iago in Othello, pictured at left. 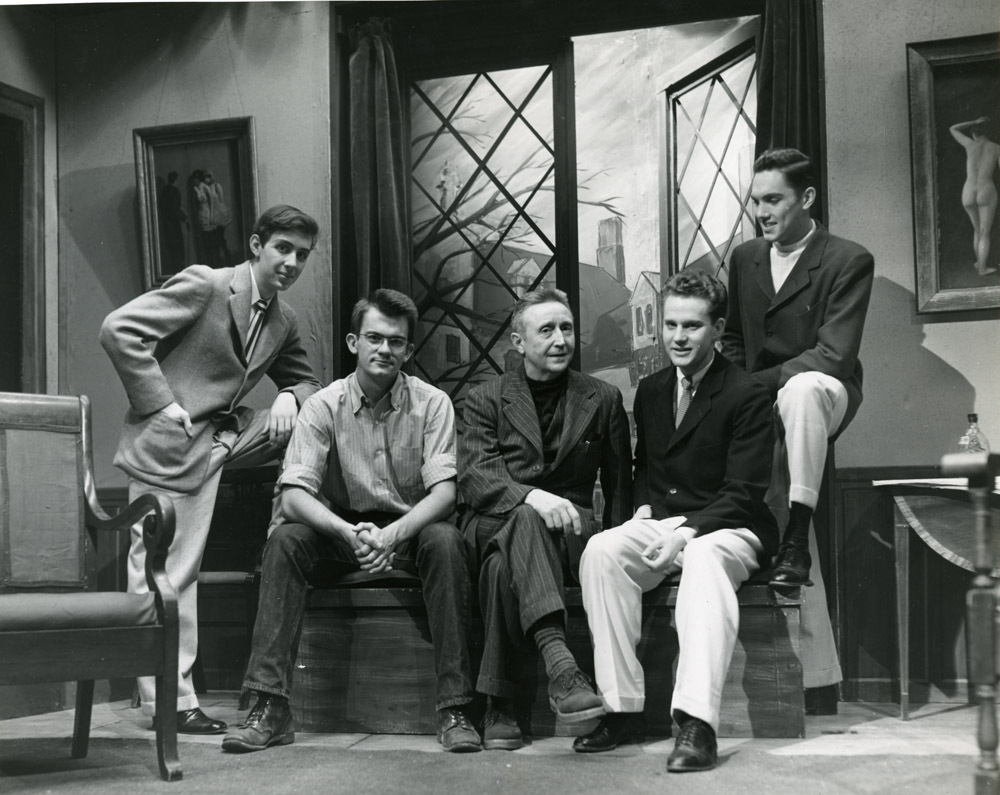 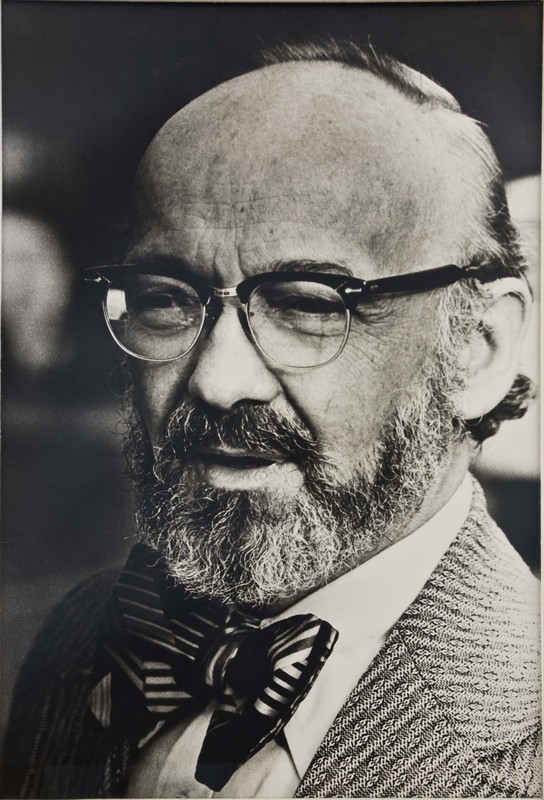 In the summer of 1951, Linney enrolled in a course at Appalachian State Teachers College taught by Dr. Cratis D. Williams.  Linney described the impact of this class on his life:

"As a young man, visiting the Linney family home, I took a course in Old English and Scottish Ballads.  It was taught by a young professor, Cratis Williams, known today as the Father of Appalachian Studies.  The course and Professor Williams made a deep and lasting impression on me.  It led me, later on, to write both fiction and drama set in Appalachia.  It was also the beginning of a relationship with ASU."

In 2005, Linney returned to Appalachian State University as the Carol Grotnes Belk Distinguished Lecturer.  His speech focused on the impact Cratis Williams had on Linney’s life and writing.  Linney later gave a similar speech when he delivered the Blashfield Address at the American Academy of Arts and Letters in 2007. 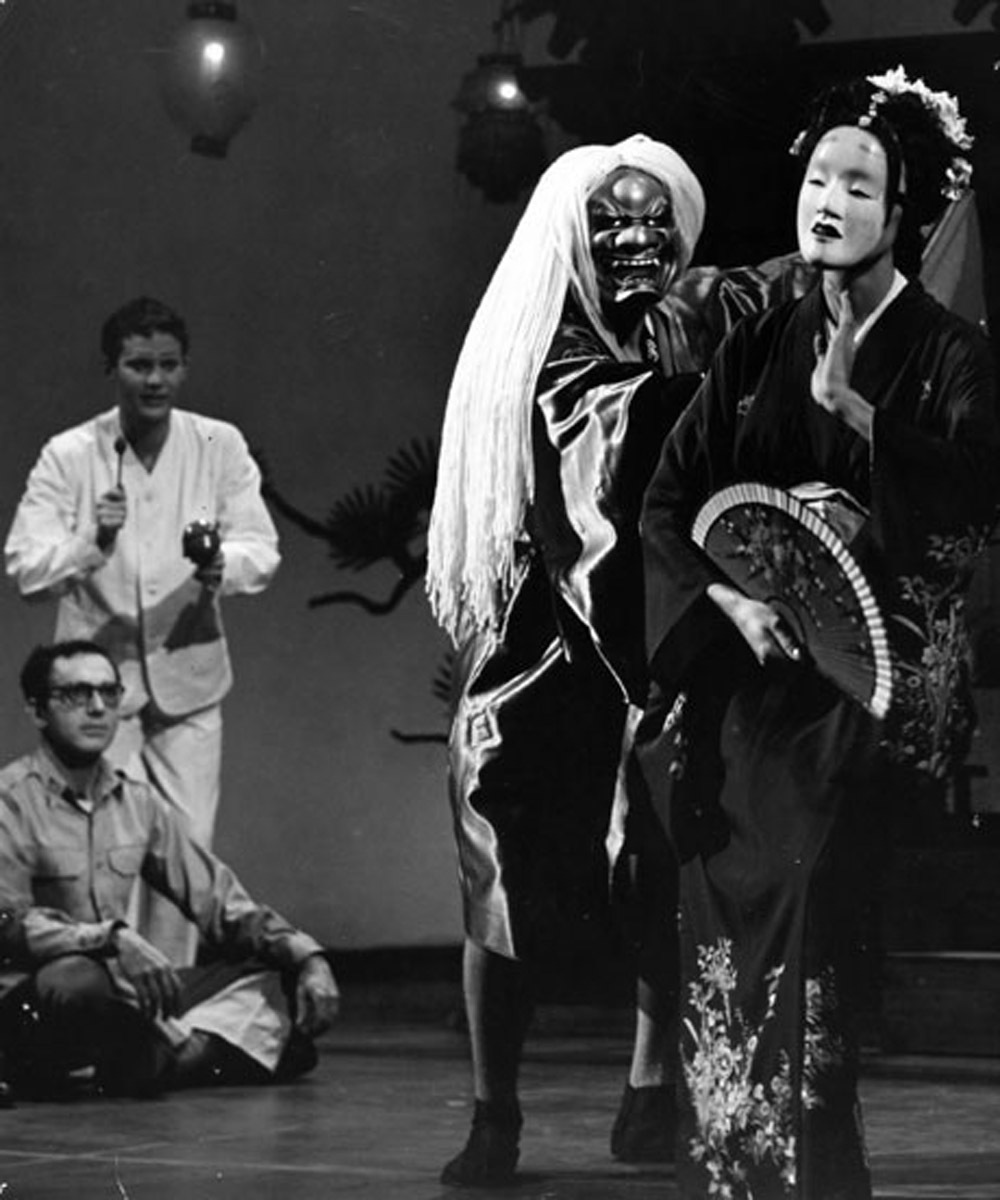 Linney graduated from Oberlin in 1953 and entered the Yale School of Drama’s acting program later that year.  The next year, he was drafted into the Army.  He spent two years serving in the military, first at Fort Jackson, South Carolina and then at Schofield Barracks in Hawaii.

While on leave in Japan, Linney discovered Japanese theatre and attended performances of Kabuki and Bunraku puppet theatre.  Noh theatre held a special interest for Linney.  He bought three masks: one of a beautiful woman, one of an old woman, and one of a demon.  These masks were used in productions of his plays, including The Love Suicide at Schofield Barracks and Komanchi.

After his military service, Linney returned to Yale, switched to the directing program, and graduated in 1958. 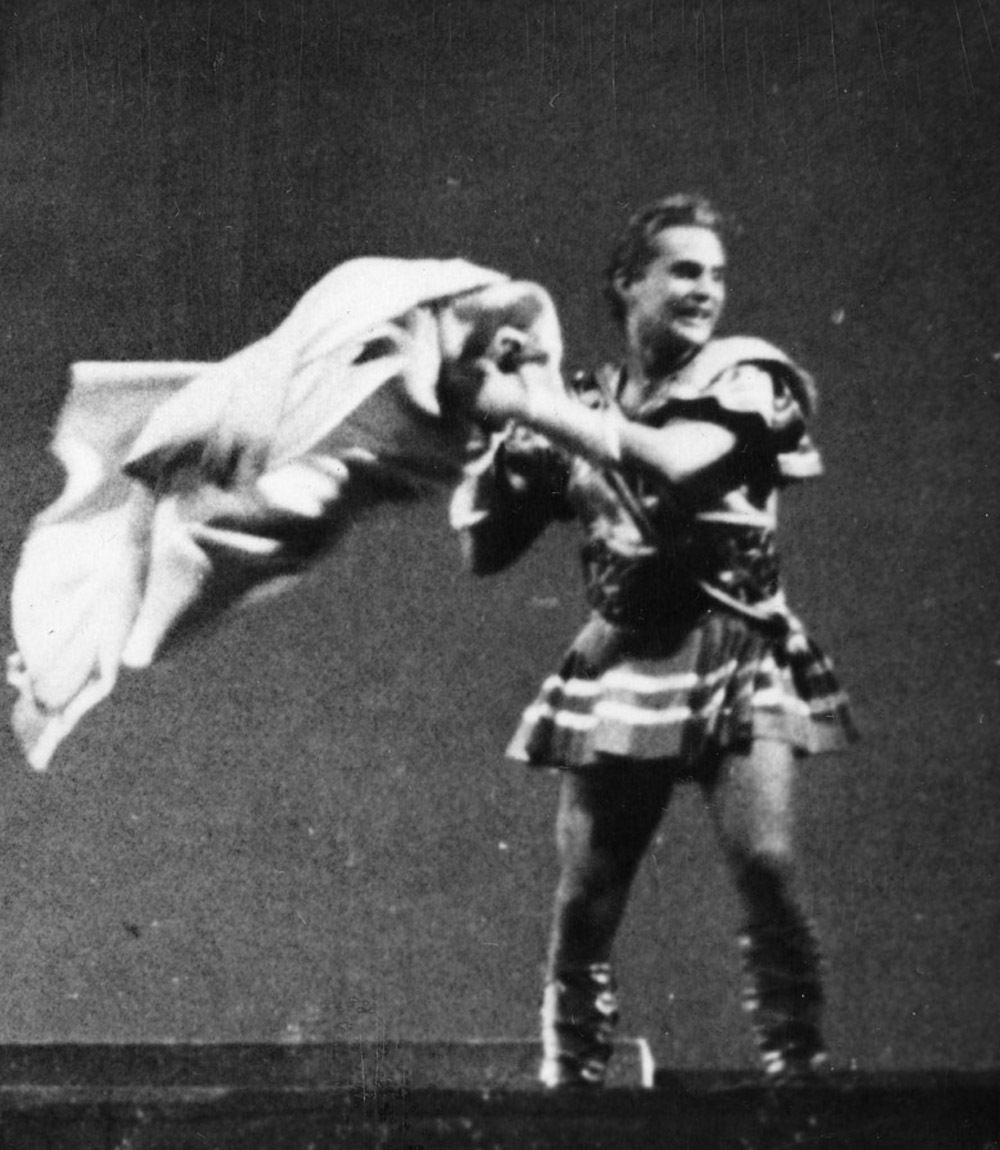 At left, Linney in the role of Apollodorus while in the acting program at the Yale School of Drama. 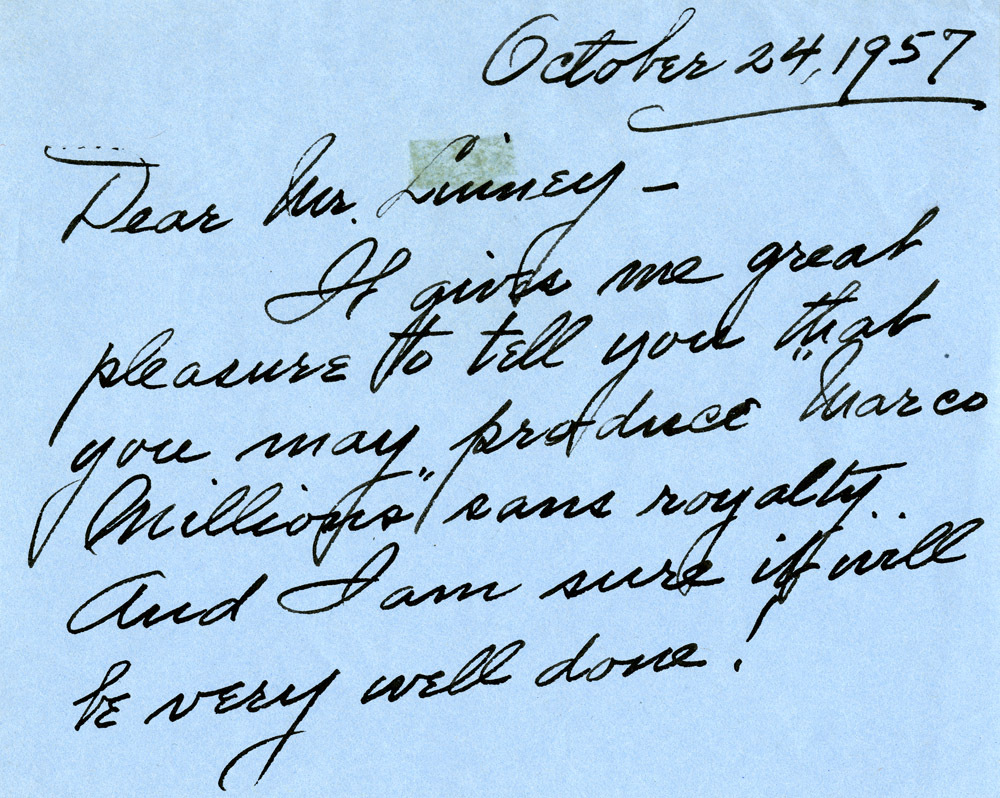 Click on the image to read the full letter.

For his thesis production, Linney chose to direct Marco Millions by Eugene O’Neill.  In order to produce this complicated play, Linney double cast some parts and added theatrical conventions he observed during his trip to Japan.  He wrote to O’Neill’s widow, Carlotta Monterey O’Neill, requesting permission to direct the play.  Her reply, reproduced to the left, allowed him to present the play without paying royalties.  Linney wrote and spoke about O’Neill throughout his life.

After directing Marco Millions, Linney recognized that perhaps he wanted to be a writer: