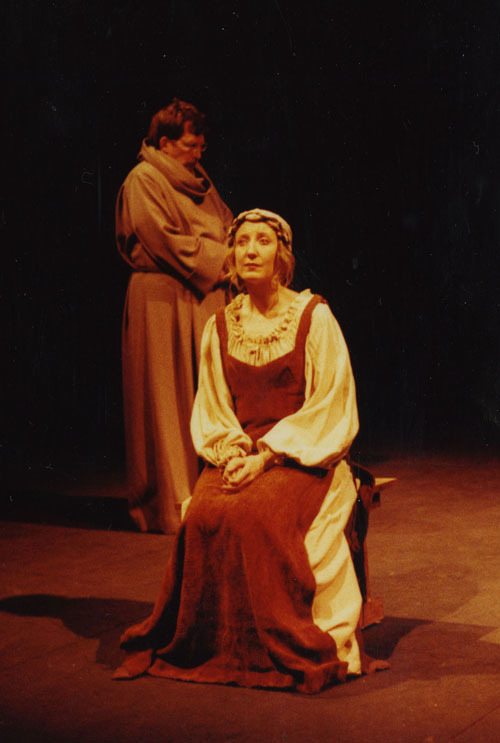 T. Cat Ford in Spain at the Theater for the New City

With well over thirty one-acts to his name, Linney received much critical praise for his short form works.  His dedication to the short form earned him praise from reviewer Thomas Disch: “There is no living playwright who writes better one-acts.” Linney’s plays appeared in Best Short Plays, an annual compilation of superior examples of the one-act, in six different years.  These short plays were often built around a theme to make a full evening in the theatre, creating collections such as Three Poets, Pops, and Spain, which are presented here.  Linney would also rework full-length plays and develop one-act versions which focus on the essence of the story or emotion.  The New York Times, in a 2011 review of Linney’s play Tennessee described it as “a vibrant example of what superior short-form drama can encompass in terms of narrative density, pithy character development and idiosyncratic authorial voice.”

Linney's one-act play, Goodbye, Howard from the collection entitled Laughing Stock was featured on the program Playing On Air and is available to listen to from that website.