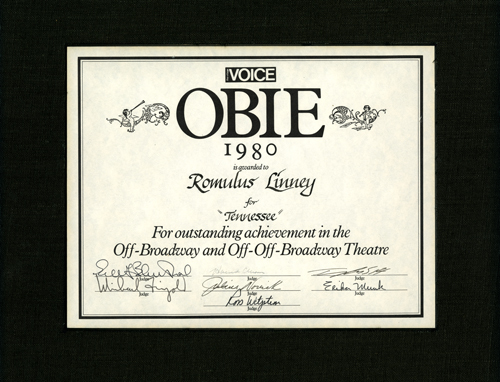 During his lifetime, Linney won two National Critics Awards; three Drama-Logue Awards; two Obie Awards; the Madge and Sidney Kingsley Award in playwriting from the Dramatists Guild of America; the William Inge Theatre Festival’s Distinguished Achievement in the American Theatre Award; the Edward Albee Last Frontier Playwright Award; and fellowships from the Guggenheim and Rockefeller foundations and the New York Foundation for the Arts. 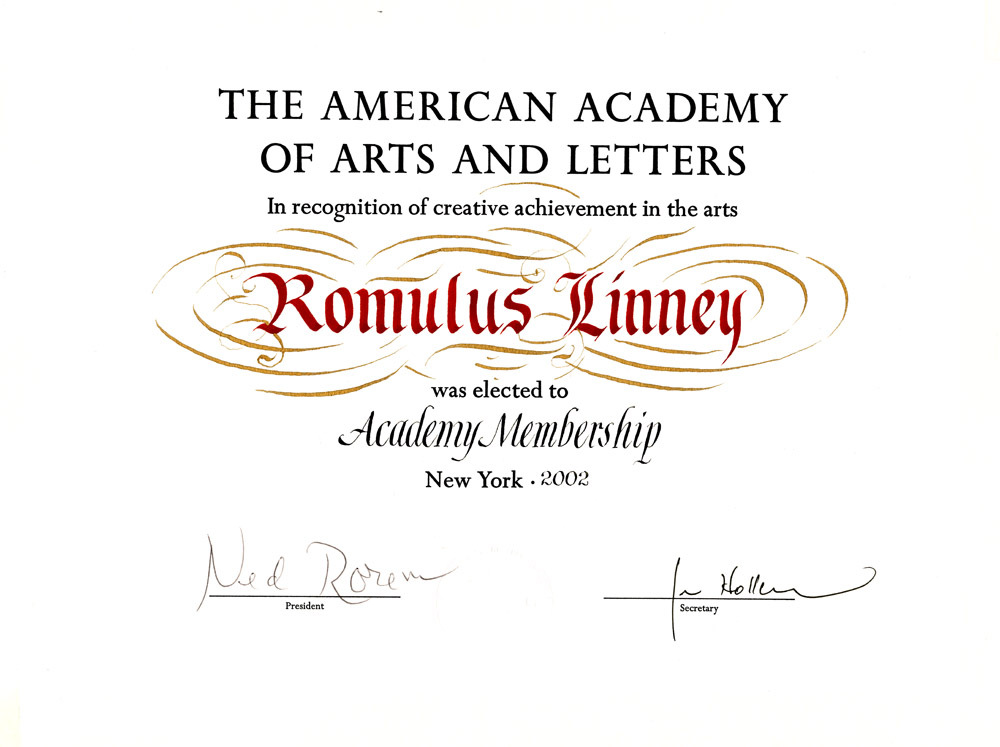 The American Academy of Arts of Letters

One of Linney’s highest honors was his election in 2002 to The American Academy of Arts and Letters, an honor society of 250 artists who are elected for life.  Linney’s membership certificate is pictured at left.  He was later honored in 2010 by the Academy with the Gold Medal for Drama, an award honoring distinguished achievement.  Others who have received this award include Eugene O’Neill, Tennessee Williams, Edward Albee, Lillian Hellman, Thornton Wilder, and Arthur Miller. 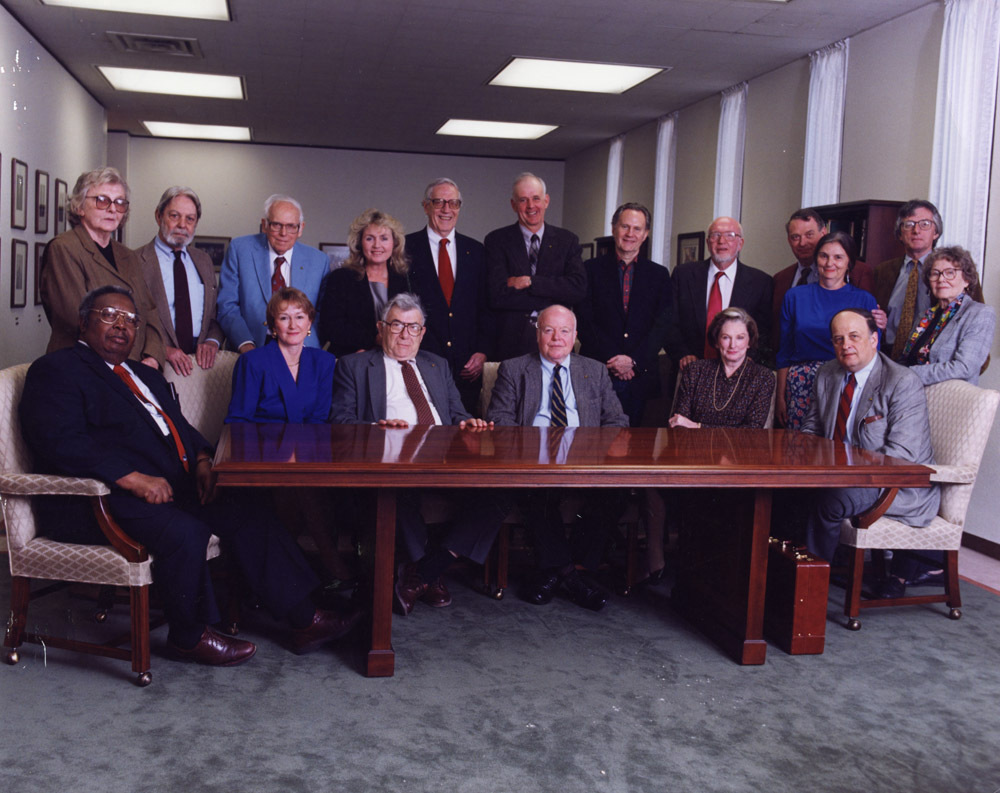 The Fellowship of Southern Writers 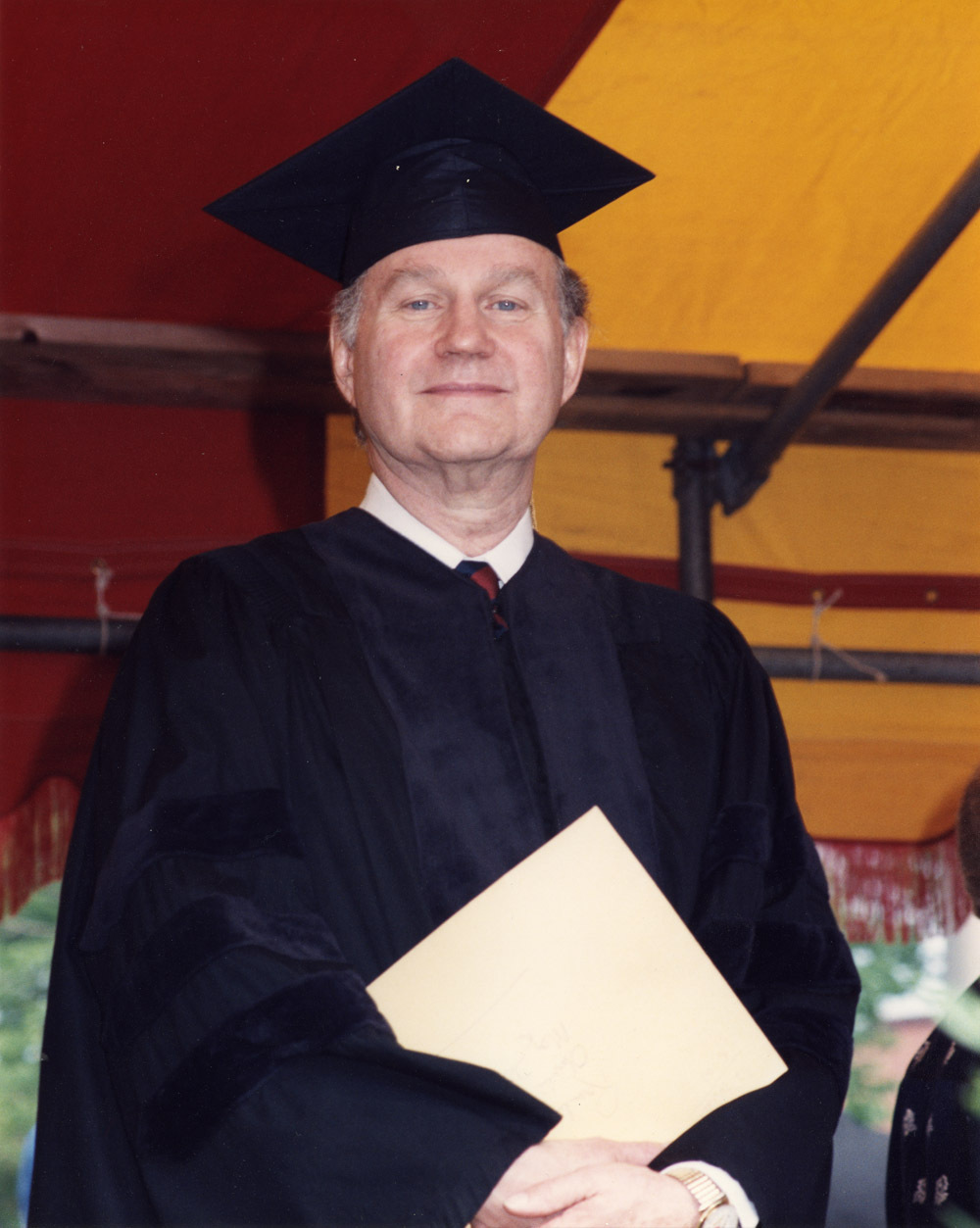