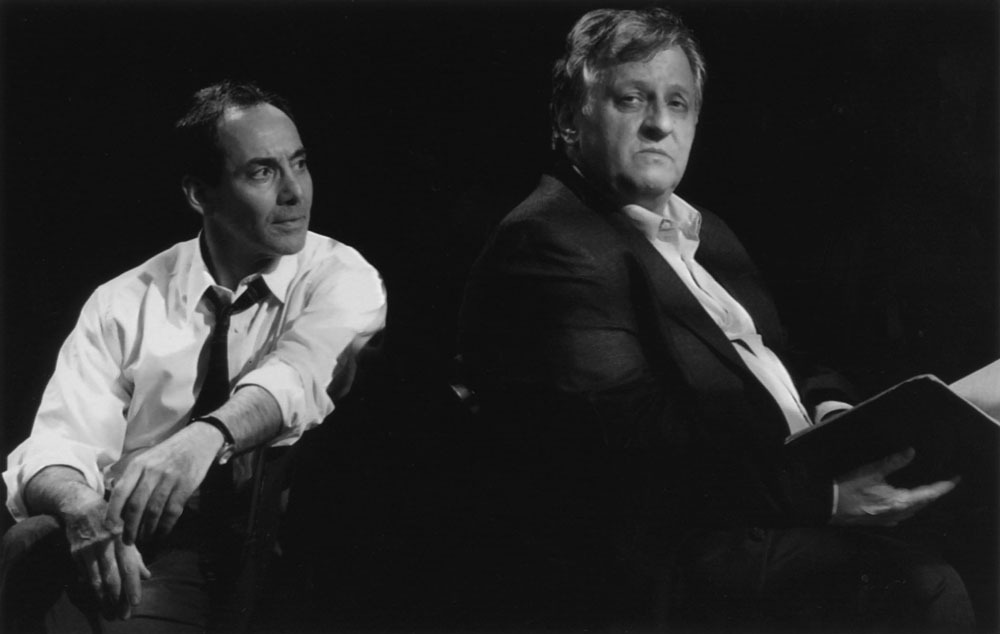 Chris Ceraso and William Wise in Klonsky and Schwartz at Ensemble Studio Theatre in 2005.

Klonsky and Schwartz was first presented as a staged reading by the Eugene O’Neill Theatre Center in 2002, and later opened in 2005 at the Ensemble Studio Theatre in New York.  The idea for the play was suggested by actor Chris Noth, who helped workshop the play at The Last Frontier Theatre Festival in 2003, the same year Linney received the Edward Albee Last Frontier Playwright Award.

The character of Delmore Schwartz is based on the prize-winning American poet and short story writer whose final days in 1966 are envisioned through the play.  Klonsky is based on Linney’s friend and fellow writer Milton Klonsky, whom Linney met at the MacDowell Colony in New Hampshire, the oldest artists’ colony in the United States.

← The Death of King Philip Captivity of Pixie Shedman →
Home