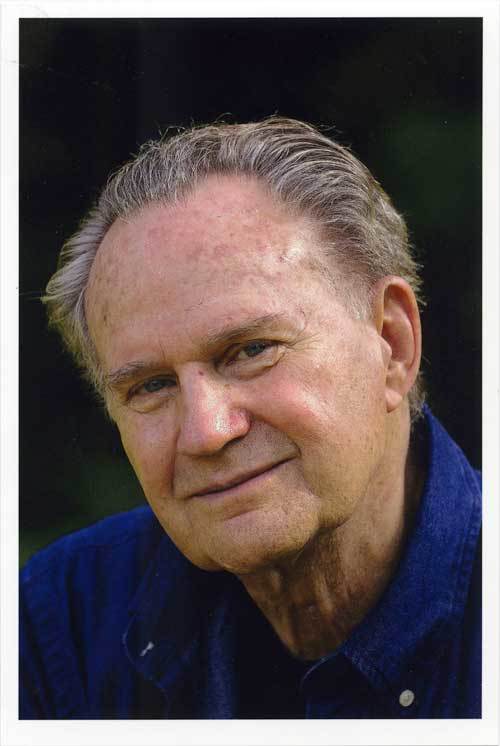 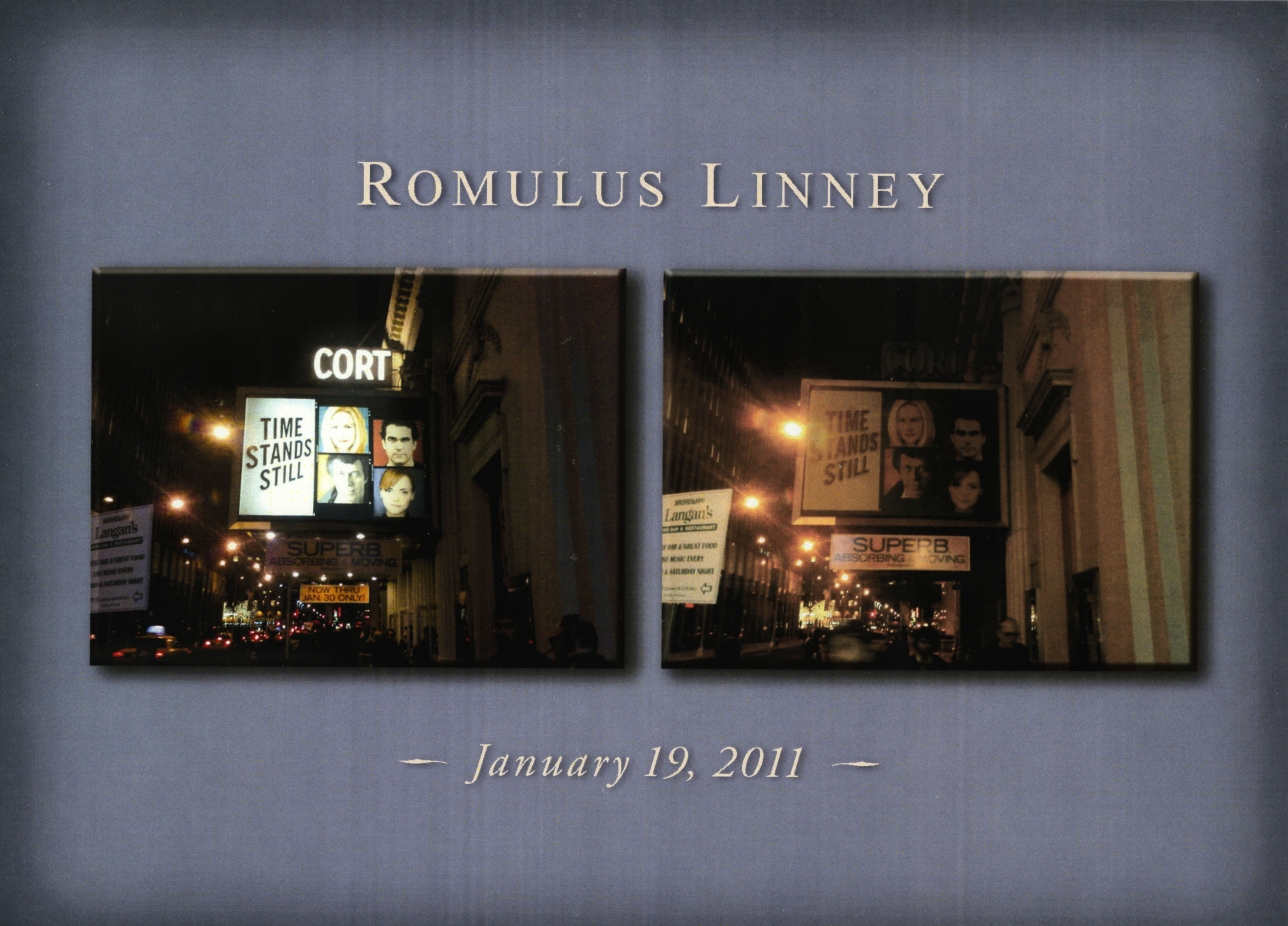 Photograph taken by Jim Houghton of the lights dimmed on Broadway in honor of Romulus Linney.

Every year, high schools, colleges, and community theatres bring Linney’s plays to new cities and towns.  When professional companies around the country like the Epic Theatre in Chicago or the Profile Theatre in Portland, Oregon want to dedicate an entire season to exploring the works of a single playwright, they selected Romulus Linney.  Linney’s students apply his playwriting fundamentals, and the actors who have worked with him walk out on stage “relaxed, precise and fierce” performance after performance.  Linney’s final plays – The Flower Hunter and Over Martinis, Driving Somewhere – and the opera The Sorrows of Frederick have yet to be produced, offering future audiences an opportunity to discover a new Linney play.

Romulus Linney died on January 15, 2011 in Germantown, New York at the age of eighty.  On January 19, 2011, Broadway dimmed its lights to pay tribute to Linney and honor his contributions to the American theatre.