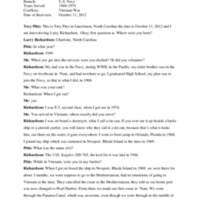 Larry Richardson served in the Navy 1968-74 aboard the USS Keppler. He was an E5 2nd class when he left the army and was a working as a boiler technician, making the steam that would allow the engine to run. His ship came and left out of Pearl Harbor. 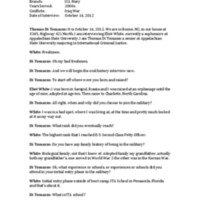 Eliot White, born in Russia but adopted by American parents, entered the US Navy before starting college. After basic training he went to ITA School and participated in Operation Naval Intelligence working in Washington DC. He was eventually deployed to Bahrain and saw combat a couple of times. He describes his combat experience as "very hectic" and music was the only thing that could calm him after his difficult experiences.