A Song About a Man of War 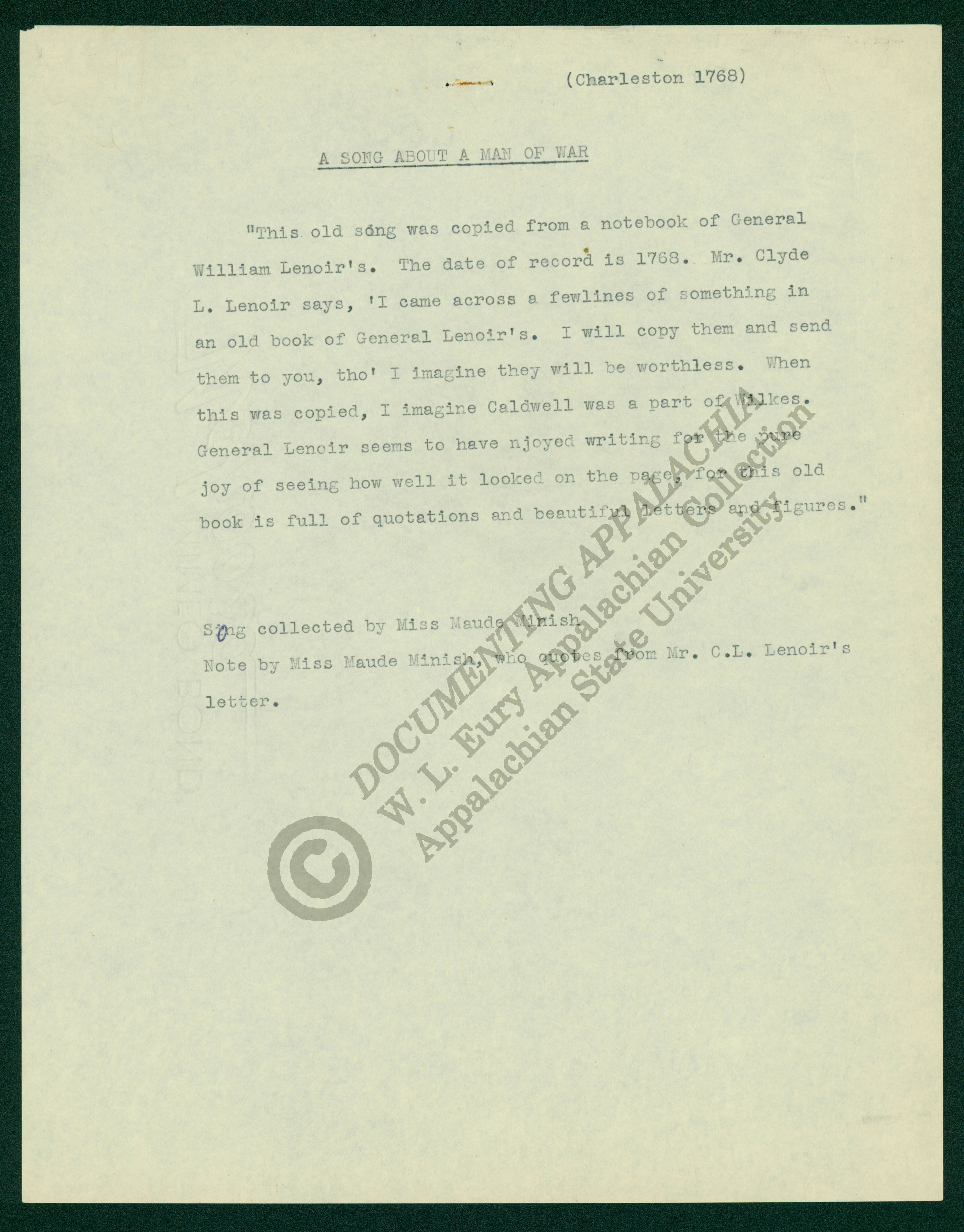 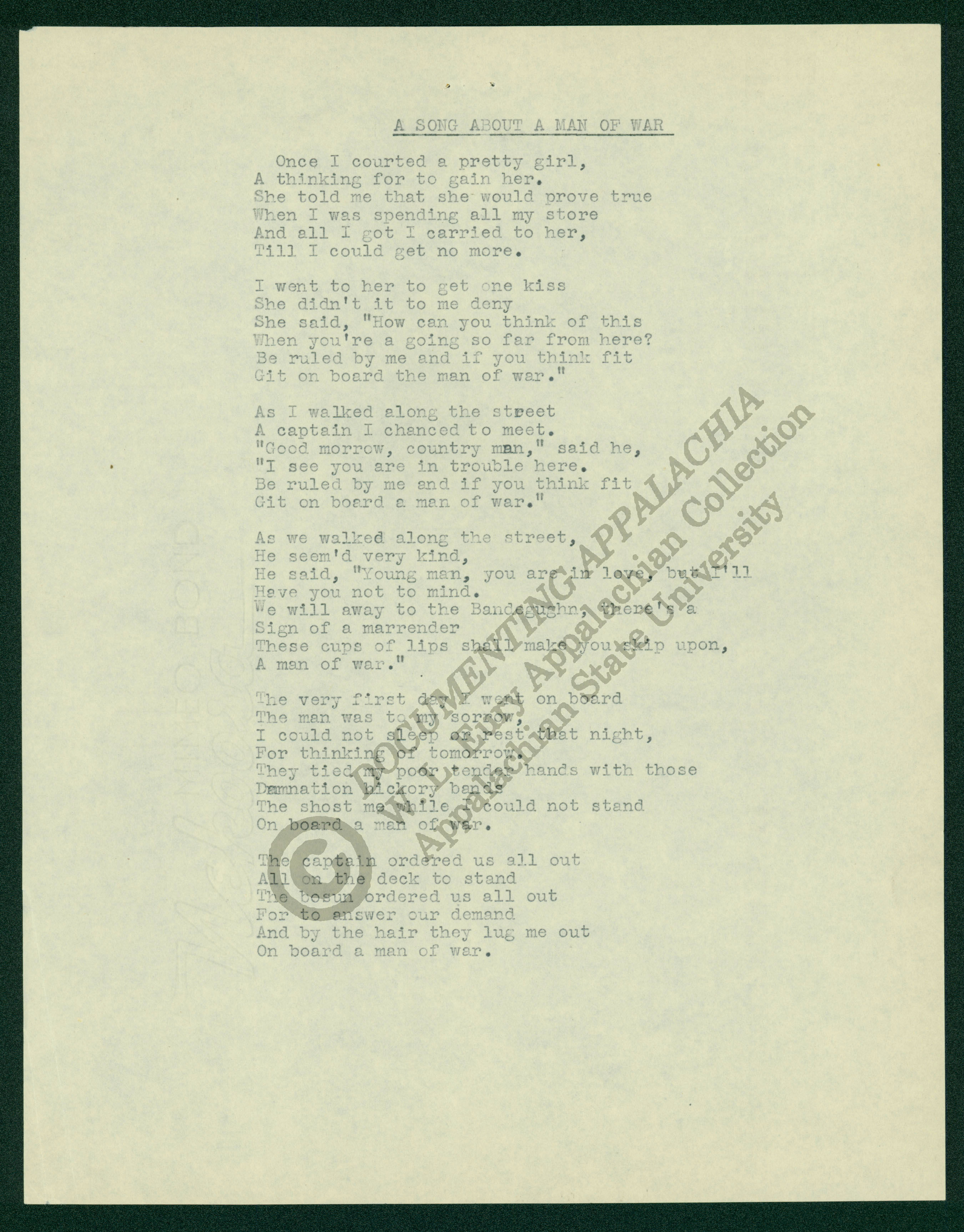 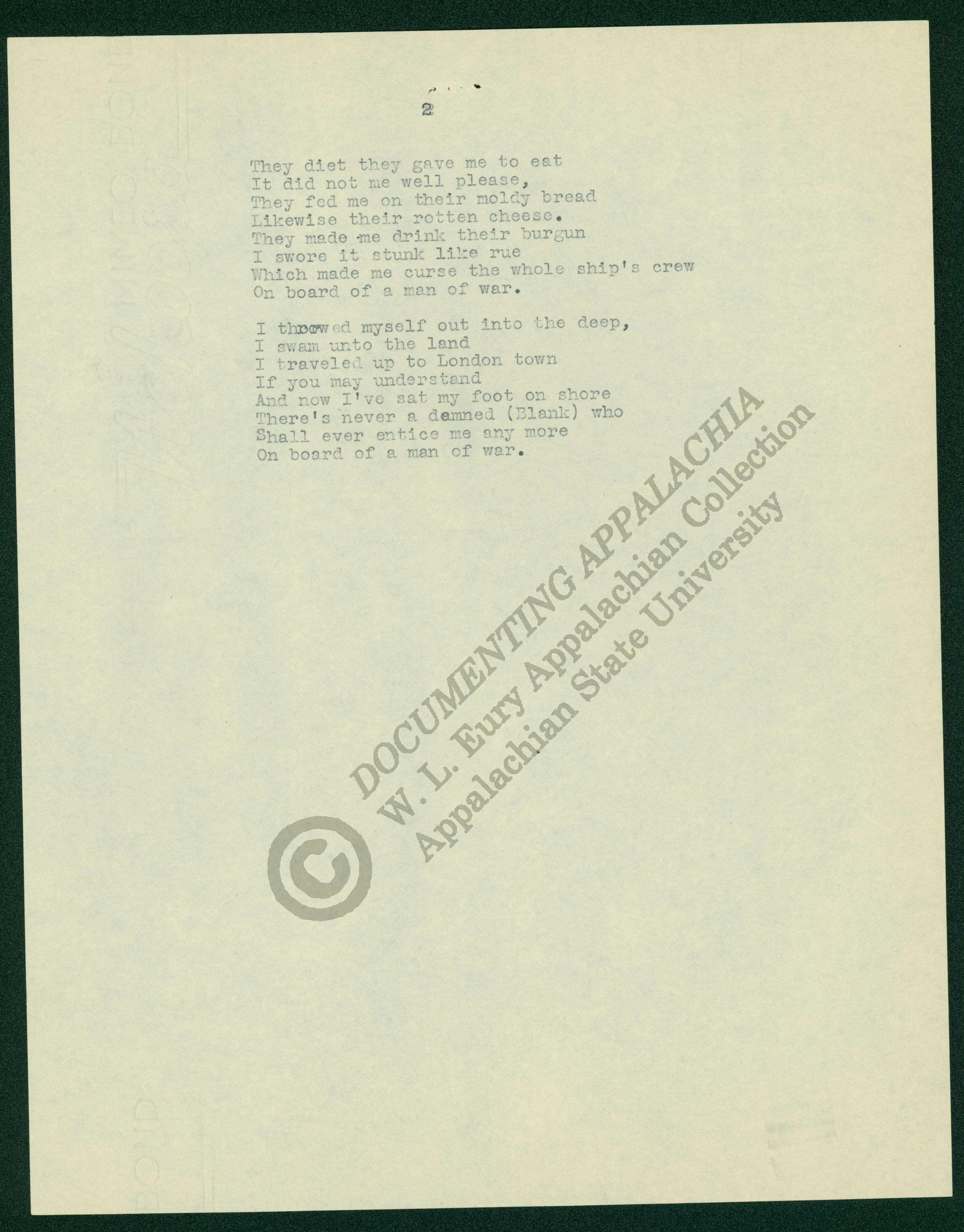 A Song About a Man of War

Song About a Man-of-War

General Lenoir was born in Brunswick County, Virginia. At the time of the date given on the manuscript, Lenoir would likely have resided in either Tarboro, Edgecombe County, North Carolina or Halifax County North Carolina. General Lenoir was instrumental in building Fort Defiance in 1787 on Yadkin River. Town of Lenoir in Caldwell County is named for him.